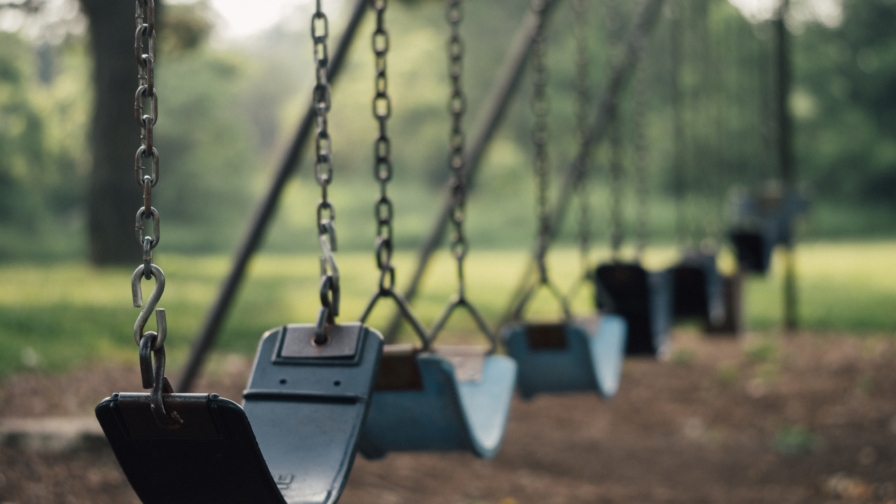 Opinion: Who Was Responsible For Uvalde? All Of Us.  

Societal issues emerge through a confluence of societal factors shaped by individuals. We exist in communities, we share society, and together, we make America what it is. That’s why effective solutions to the social problem of mass shootings must address the interconnected societal factors that lead to gun violence.

“A culture that kills its children has no future.”  – The Atlantic

The Uvalde tragedy is only the most recent of the more than 250 mass shootings our nation has experienced since this year began, including twenty-seven school shootings.

So who should we hold accountable for this inconceivable violence? The shooter’s caregivers? Those who didn’t see the signs of distress? Those who didn’t speak more loudly about their concerns?  Gun vendors? Gun laws?  A teacher who didn’t ensure the doors were locked? Those who staged outside while the shooting raged inside?

Each of us may find ourselves answering those questions differently, in part because the honest answer is that accountability for Uvalde must be shared.  Societal issues emerge through a confluence of societal factors shaped by individuals. While many North Americans coming from a Judeo-Christian background revel in rugged individualism, the truth is that the decisions we make affect others.  We exist in multiple communities, regardless of the county or province or territory of our residence.  We share society, and together, we make it what it is. That’s why solutions to the particular social problem of mass shootings, if they are to be effective, must address the interconnected societal factors that lead to gun violence.  They must acknowledge that society shapes individuals and individuals shape society in ways that are complex, constantly emerging, and responsive to determined, collective social change efforts.

The United States has multiple ways of defining the concept of mass shooting. Most definitions focus on multiple, firearm-related homicides in one event that occur in the same location or in locations close to each other, leading to the death of at least four victims. School shootings are one type of mass public shootings. Private mass shootings are those that occur in homes, in backyards, and other settings.

Powerful reporting has provided us expansive information that details these tragic incidents, the factors that contribute to them, and potential solutions. In one such example, The Third Rail highlighted a fifty-year National Institute of Justice–funded study that led to some common findings. “Persons who committed public mass shootings in the U.S. over the last half century were commonly troubled by personal trauma before their shooting incidents, nearly always in a state of crisis at the time, and, in most cases, engaged in leaking their plans before opening fire.”

That same research explains that “Most were insiders of a targeted institution, such as an employee or student. Except for young school shooters who stole the guns from family members, most used legally obtained handguns in those shootings.”  Other research suggests that many mass shooters are also suicidal, an insight that might lead to additional public health-informed prevention strategies.

Multiple ways of defining mass shootings can complicate the search for solutions, but the evidence is clear on a few key points. First, legal access to guns sharply increases the likelihood of not only mass shootings, but also of fatal domestic violence incidents and completed/fatal suicide attempts. The death of George Floyd and so many others has also brought attention to high rates of fatal encounters at the hands of law enforcement, a situation that some communities have responded to with more tactical gear, military style vehicles, and increased police budgets. And more guns also lead to greater danger for law enforcement officers, a significant concern for leaders in law enforcement who connect that danger and increased scrutiny and public concern over fatal encounters with police to declining interest in the profession.

A second takeaway is that the factors leading to mass shootings are multiple and complex and attending to these factors will require ongoing concerted and communal efforts. It’s clear that every community member plays a critical role in keeping our children, and other vulnerable members of our society, safe. Acknowledging this is a way to hold ourselves accountable encouraging us as individuals and societies to enforce positive social norms and reinforce the public good.

But it’s easy for a desire for accountability to turn into a focus on blame. The fear we feel and the grief we witness each time the lives of young children are taken can make blame feel cathartic. But blame brings with it adverse consequences.  It becomes a way of shifting our attention away from the details of what happened, how it came to happen, and why that matters to the individuals or groups on whom we can pin our fear or ire. When blame spirals and we focus on who might be at fault, we are prevented from deeply engaging in finding ways to address complex social issues and repair harm. To put it another way, a focus on assigning blame undermines efforts to secure true accountability.

Because when individual consequences have been handed out –  the shooter in custody or dead, those who did not respond appropriately, fired – we are left with the same conditions we had before those steps were taken. We walk on the same ground still fertile for the next mass shooting.

In contrast, moving towards societal change that could prevent the next mass shooting demands our willingness to think deeply, carefully, and critically about how we can begin to hold ourselves and society as a whole accountable. To do that, we must seek to understand the role that guns play in multi-faceted patterns of harm, to  take seriously proposed changes in laws and policies regardless of our previous ideological positions, and to reflect critically on whether arming more individuals, particularly in school settings, can lead to the changes we say we want.

It is also important to recognize the bias that shapes our decisions about the appropriate targets for accountability. Access to power, money, status, protection, and being identified as white can lead to advantages- in assumptions of innocence, in types of charges applied, and sometimes in length of sentences. Not everyone is held accountable in the same way for the same crimes. Moreover, it is important to remember that our concepts of right and wrong, of what constitutes accountability, crime, and even mental illness changes across cultures, locations, and time.

While assigning responsibility to individuals can speak to our sense of fairness and what is right, only broader accountability can move us towards justice. Punishment does not in itself ensure the public good. Does not, by all accounts, make us safer. We have become so used to an idea of justice that is intimately associated with punishment that we are blind to what justice means and what it could be. Justice, at a deeper level, is about taking responsibility for the communities in which we live, work, and play. Our efforts to create a future freer from recurring incidents of children facing horrific violence are best served by embracing community-level accountability.

This leaves us with choices to make. All of us. What attention will we, as a society, pay to how we address social isolation and mental illness? What are we willing to invest to protect those most vulnerable to fatal shootings? What inconveniences are we prepared to accept? Can we collaborate on support for gun safety legislation that has a track record of diminishing violence?  Will we engage in an honest conversations about how much we value life itself and for whom?

Our failure to take action to understand and reshape the systems and conditions that lead to mass shootings have resulted in the injury, disablement, or death of more than a thousand people in this country, this year.  That number does not account for the cost of medical bills, experienced teachers leaving the profession, psychological trauma, and the cost of repairs, and more.

For many students, the emotional toll of having witnessed or been present for a school shooting also results in short and long term consequences including increased absence, greater likelihood of needing to repeat a grade, and decreases in other measures of academic achievement including graduation.

A just society is one that supports the public good, acknowledges our diverse identities and circumstances, and works to address societal problems. Our ability to work for such a future demands deep soul searching.  It demands that we acknowledge the roles we play, intentionally and unintentionally, in contributing to the public good or  serving our personal interests even if they undermine the freedom of others.

Are the lives of our nation’s children worth such personal and collaborative efforts? The parents of Uvalde, Sandy Hook, Columbine, and Marjory Stoneman, among so many others, are calling for our answer.

Sharon Brisolara holds a masters in Human Service Administration and a PhD in Program Evaluation and Planning, with concentrations in Rural Sociology and Women’s Studies, both from Cornell University. She is an educator, writer, program evaluator, and Resilience and Equity Coach. Her monthly Op-Ed column for Shasta Scout discusses the equity challenges facing our community through a variety of lenses including poetry, research, resilience coaching, and sociology.

Do you have a question or comment?  Sharon will be part of the community conversation at Shasta Scout’s Facebook page. Join us there!

A damaged Erin Resner campaign sign of Hilltop Lane in Redding was seen near another damaged sign for fellow county candidate Bryan Caples.

Some of the experienced incumbent candidates have over 50% of the primary vote so far, numbers which would allow them to claim final victory without a runoff in November. Last night’s unofficial results appear to indicate Shasta County’s overall opposition to what some call constitutional candidates, political newcomers who challenged more politically experienced candidates in every local race.

Despite transmission rates that have almost quadrupled over the last month, Shasta County is still considered low-risk according to relatively new metrics, because new cases haven’t yet significantly affected hospitalizations or hospital capacity. High transmission rates are most dangerous to the vulnerable. Here’s what you should know about how you can help reduce risk in Shasta County right now.