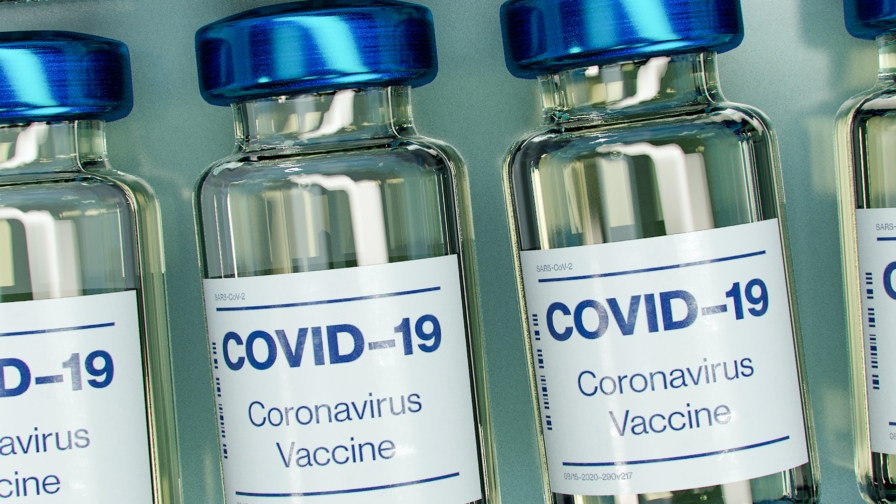 Those who oppose the use of COVID-19 vaccines frequently cite data from VAERS, a federal vaccine harm reporting system. But while VAERS data can provide an important early warning of potential vaccine harm, raw data from the system can’t show us whether a vaccine is actually unsafe.

A federal vaccine reporting system that was little known before the COVID-19 pandemic has recently become a household word for some, particularly those concerned about COVID vaccines.

Viral headlines such as “Vaccine-Related Deaths May Rival Reported COVID-19 Deaths”  and “Pfizer Vaccine Kills More People than it Saves” are among countless online reports that reference data from a system known as the Vaccine Adverse Event Reporting System (VAERS.) But many of these stories use VAERS data inappropriately, misinforming the public and contributing to vaccine hesitancy.

In what has been an ongoing forty-year conversation about public health, disease, and vaccines in America, COVID-19 has prompted a new wave of public concern. During the Reagan administration, the United States responded to vaccine concerns by limiting the liability of vaccine manufacturers, creating a federal system for compensating vaccine injuries, and launching a reporting system.

Established in 1990, VAERS has only recently become more well known, especially among those who have concerns about COVID-19 vaccines. That’s because as COVID vaccines have been deployed, reports of harm from those vaccines, submitted through VAERS have skyrocketed. Many who are opposed to the use of COVID vaccines believes the high number of reports to VAERS provides evidence of the harm caused by the shots.

But high numbers of reports to VAERS does not necessarily correlate to high incidences of harm from vaccines. That’s because VAERS was developed to collect raw, unverified reports of harm submitted by the general public, not to determine whether harm has actually occurred or whether that harm was connected to a vaccine.

While significant misinformation has developed about VAERS and about how the data in from the system should be utilized, VAERS itself is a vital tool in public health. Data from the VAERS system has successfully been used by health professionals to identify several rare but significant safety issues related to COVID-19 vaccines.

What is the purpose of VAERS?

VAERS is funded and run by the Centers for Disease Control and the Food and Drug Administration. It functions as the nation’s early warning system for vaccine reactions by collecting reports of suspected vaccine harm both from the public and from health care providers.

The Vaccine legislation that led to the creation of VAERS developed as a response to controversy over the Diphtheria, Pertussis and Tetanus (DPT) vaccine in the 1970s. After a number of vaccine lawsuits were filed against manufacturers in response to believed harms from the vaccine, manufacturers experienced increasing difficulty in obtaining liability insurance. Some vaccine manufacturers responded to legal threats and rising liability insurance rates by no longer producing the DPT vaccine, causing prices to soar and limiting availability.

In addition to establishing a reporting system and a federal vaccine injury compensation program, the Vaccine Injury Act also requires healthcare providers to provide a Vaccine Information Statement to patients or their parents with each dose of certain vaccines. The VIS provides a brief description of the risks and benefits of the vaccine, promoting informed consent.

What is VAERS Useful For?

Shasta County epidemiologists say some locals refer to VAERS data as evidence that COVID vaccines kill people, because the number of reports to VAERS has dramatically increased since COVID vaccines were released. But VAERS isn’t evidence of harm, both local epidemiologists and national experts say; instead, it’s essentially a “tip line” to share information, much like the tip lines used by the FBI to solicit reports about crime.

Reports to VAERS lead to investigation processes that include reviews of medical records and other important information to determine what actually caused the reported harm and whether that harm was connected to a vaccine. While vaccines face rigorous testing prior to public use, clinical trials always include limited numbers of patients and don’t completely rule out rare safety issues with vaccines. The VAERS system provides a way for scientists and federal public health officials to more quickly flag and investigate relatively rare safety concerns.

Local disease detectives call VAERS a “really important surveillance system” that can lead to critical public health decisions. That’s because VAERS data has been successfully used to note rare complications caused by the COVID-19 vaccines, including a blood clotting disorder associated with the use of the Johnson & Johnson vaccine and cases of heart inflammation associated with the use of the Pfizer-BioNTech vaccine.

In both cases, information reported to VAERS was investigated and found to be verifiable and concerning. Those verified data reports have led to pauses in vaccine use and public information campaigns to prevent further harm.

Why Have So Many Adverse Reactions to COVID-19 Vaccines Been Reported to VAERS?

Reports to VAERS have shot up since the COVID-19 vaccines were released, leading to concerns in the public that COVID vaccines are significantly more dangerous than other much more well-accepted routine childhood vaccines.

But experts say there are a number of other reasons why unverified reports of adverse reactions from the COVID-19 vaccines are so high. One of the most obvious reasons for the soaring rate of VAERS reports is the sheer number of vaccines given in a short amount of time. Since the pandemic began, millions of people have received up to four doses each.

Also, because COVID vaccines were first given under an emergency use authorization, the reporting requirements for health care providers were much broader than usual for vaccines. When reporting about COVID vaccines, health care providers are required to report errors in how the vaccines were administered and any serious adverse event following a COVID vaccine, even if it’s not suspected to be caused by the vaccine. This contrasts with less significant reporting requirements for more routine immunizations.

Vaccination campaigns also focused on highest risk populations first, including the elderly and those who have serious health risks. Those populations are the most likely to experience illness or death occurring in close proximity to their COVID vaccination, whether or not it is related.

Another likely reason for the high number of VAERS reports about the COVID vaccine is the public attention that COVID and the vaccines have received. A phenomenon called the Weber effect explains how increased awareness of a new vaccine leads to increased reports about the vaccine’s safety. That effect, which can appropriately increase reports about vaccine harm, may have led to an unusually high number of reports to VAERS about COVID-19 vaccines due to the viral spread of related conspiracy theories.

What’s Most Important to Understand about VAERS

Most COVID misinformation about VAERS results from using the raw VAERS data as real evidence of harm. But raw information provided to VAERS doesn’t prove vaccine harm, it only shows that someone is concerned that the vaccine may have caused harm.

VAERS is useful because it can identify reported problems with vaccines that can then be tracked by investigations. But while the transparency and accessibility of raw VAERS data is valuable, it also likely contributes to the rapid spread of misinformation about COVID vaccines.

Our COVID coverage is currently supported by a grant from the United Way of Northern California. Grant funding does not impact Shasta Scout’s editorial independence.You can submit a report of a vaccine reaction to VAERS here. Read Politifact’s fact checks of claims related to VAERS data here. Learn about funding sources for Politifact here.

Do you have feedback on how we are covering COVID-19 or other topics?  Email us, or join the community conversation at Shasta Scout’s Facebook page. Do you have a correction to this story? Submit it here.

Native advocates participate in a 2015 Protect Medicine Lake action led by the Pit River Tribe outside a federal courthouse in San Francisco. Photo by Marc Dadigan.

Our monthly Open Notebooks updates are a way for us to invite you into the journalistic process and encourage your collaboration in the news. It’s our goal that the Notebooks help you to see us as we really are so you’ll see that journalists are not the enemies of the people, we are just people, trying to make sense of this complex and confounding world. Just like you. We welcome your participation in our process. Join us!

The Sacramento River and surrounding riparian land as seen from the Sundial Bridge. Photo by Annelise Pierce.

The Council is scheduled to vote Tuesday on whether to “surplus” approximately 45 acres of land including the Redding Rodeo grounds and Redding Civic Auditorium grounds in preparation for a potential sale. Legal Counsel for three local environmental groups say doing so would violate the California Environmental Quality Act and be inconsistent with the city’s own General Plan.