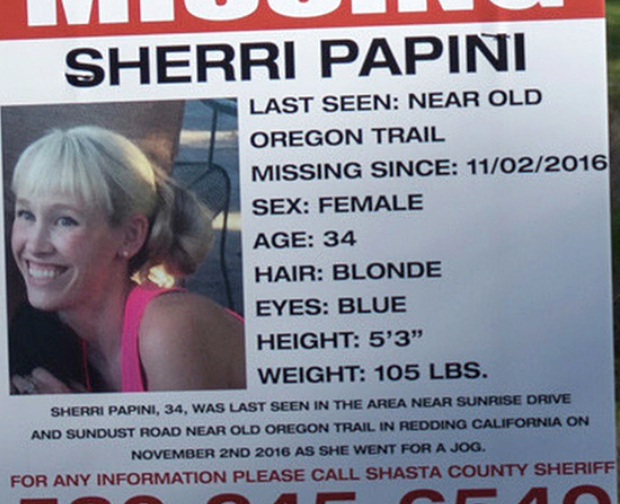 News broke recently that Redding’s Sherri Papini, who went missing for 22 days in 2016, is accused of faking her kidnapping, repeatedly lying about it to investigators, and taking over $30,000 in victim compensation for a crime that never occurred. Those allegations, if true, make Papini an outlier in a sea of research that documents women’s high risk of assault, their hesitancy to report it, and how often they tell the truth.

This story mentions research that includes brief descriptions of physical assault and repeated references to sexual violence. Read with care.

In 2016 Sherri Papini, a young Redding mother of two, went missing, her disappearance capturing the attention of the Shasta County community and then the nation. When she turned up 22 days later on a California roadside in Yolo County, bruised and battered, claiming to have been kidnapped and held against her will, her story fed into the community’s worst fears about the risks women face of being kidnapped, sexually assaulted, and trafficked.

Now, more than five years later, new allegations have come out. That Papini faked her kidnapping to stay with her ex-boyfriend in Southern California. That she repeatedly lied about her claims to local and federal investigators. And that she collected victim compensation totaling more than $30,000. Those charges, if upheld in court, could result in up to twenty-five years in jail and up to $500,000 in fines.

Papini’s narrative led to perceptions that she was kidnapped for human trafficking. She also told investigators her alleged captors were “two Hispanic women,” adding a distinctly harmful racial element to her story. That detail endangered Latina women in predominantly white Shasta County, where community members provided tips of “suspicious-looking” Latina females over the years since Papini’s disappearance, according to a federal affidavit.

In Shasta County, the news of her arrest has unleashed a wave of emotions including surprise, dismay, anger, and desires for retribution in those impacted by her disappearance. For some of those who feared for their safety or spent time or money aiding in her search, the news of the alleged hoax has left them frustrated at Papini, and themselves, for being fooled by her story.

Those reactions could impact women’s ability to be believed, local advocates for women say.

Here’s what you should know about the dangers women face and how important it is to believe their reports of harm.

While kidnappings by strangers are uncommon, many women will experience domestic violence, rape and other forms of sexual assault.  The National Coalition Against Domestic Violence says 1 in 4 women will experience severe physical violence such as burning, beating or strangling from an intimate partner. And research documented by the National Sexual Violence Resource Center (NSVRC) indicates an estimated 1 in 6 American women will be the victim of an attempted or completed rape in their lifetime.

Less severe forms of sexual assault and sexual harassment are even more common.

Women are Most at Risk from Those They Know

While societal fears fed by the media and entertainment industries reinforce stereotypes about the risk of random rapes and abductions, more than half of sexual assaults against women occur in or near their own home and 8/10 are perpetrated by someone who already knows them well.

Statistically, women are most likely to be assaulted while going about their daily lives, including while sleeping, working around the home, running errands, or while at work or school.

While the Majority of Women Never Report Their Sexual Assault to the Police, Those Who Do Overwhelmingly Tell the Truth

Over half a million Americans are sexually assaulted every year. The vast majority identify as female. Only about 30% of these assaults are reported to the police and of those that are, research shows only between 2-10% are false. Statistically, it’s far more likely that women will fail to report sexual assault at all (70/100 women) than that they will lie about it (approximately 6/100 women.)

While Papini has already been arrested for her alleged crimes, statistics show a far different story about the men who perpetrate sexual assault: according to the Rape, Abuse, and Incest National Network (RAINN), only 5% of those who commit sexual assault, overwhelmingly men (91%), will be arrested, and even fewer(3%) incarcerated.

According to the National Alliance to End Sexual Violence, that disparity is driven in part by “racist stereotypes against women of color, including the idea that Asian and Native American women are submissive, that Black and Latina women are promiscuous, and that all women of color are inferior,” which, they say, appears to provide legitimacy for their abuse.

Increased risks to women of color began early in American history, as white settlers used rape as a violent tool in their oppression of Native peoples and white enslavers believed they had the right to rape the Black women they bought and sold.

Systemic Injustice Contributes to the Ongoing Risks of Native Women

While rape is estimated to cost society $120,000 per victim in direct and indirect economic impacts, the damages to the victim are more than such monetary estimates can measure.

Rape has a much higher incidence of long-term mental, emotional and relational harm than other violent crimes, likely because it is linked with sexuality, which is connected to women’s ability to experience pleasure and engage in deep and intimate relationships.

Data shows that after rape:

The Way We Respond to Women When They Report Assault Matters

After an assault, secondary victimization by friends and family or by legal, medical, or law enforcement professionals can increase women’s risk of long-term harm. Women often report feelings of shame, humiliation and lack of desire to report their assault because of fears they will be blamed or not believed.

That’s why, as Shasta County reels from the news of Sherri Papini’s arrest and the allegations that she fabricated her kidnapping, captivity, and assaults, community reactions have the power to make other women feel more at risk, or more in danger.

Individuals can support survivors of assault, including sexual assault by believing their stories, acknowledging the harm they have experienced, and reminding them that they are not responsible, not alone. Community members and friends can also offer to connect them to medical attention and professional counseling.

Most importantly, remember that what a victim chooses to do after experiencing sexual assault, is a choice only they should make.

Here’s how you can help someone who has experienced sexual violence.

If you are experiencing or have experienced sexual violence or assault:

How Serious is California’s Water Crisis and What’s Causing It?

Water is of central importance to our community’s future. We provide in-depth answers to a few deceptively simple questions about California’s water. Plus, resources on where to learn more.