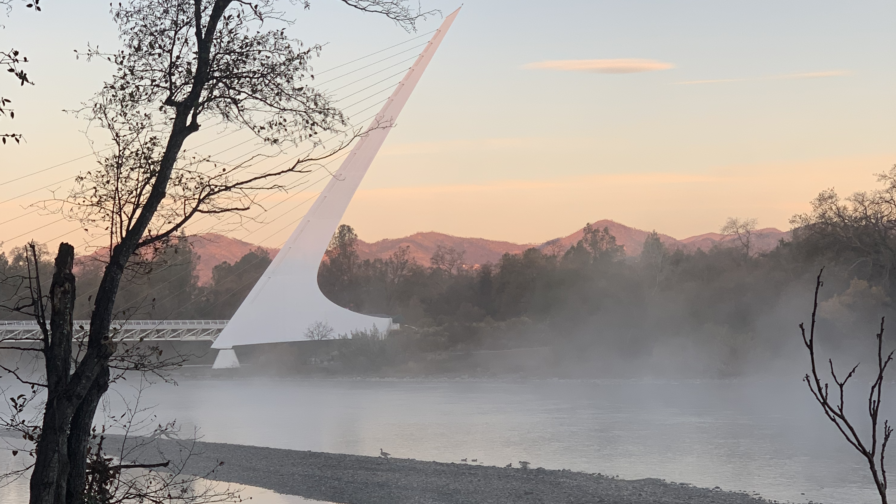 A lawyer specializing in Brown Act violations said the city’s lack of transparency should be seen as a “red flag.”

The Redding City Council will meet in closed session Tuesday, September 7, to discuss a potential land deal with private developers. The land incorporates more than 200 acres of Redding’s most important riverfront property including the Redding Rodeo grounds, Redding Civic Auditorium grounds, Riverfront Park, and most of Turtle Bay Exploration Park on the West side of the river.

A City council agenda released Thursday, September 2 identified the land, which has been public for generations and provides key public access to the Sacramento River, only by parcel number. Questions and concerns, regarding how such a significant land deal reached the negotiations stage without any public notification, have swirled since news of the process broke Thursday.

David Snyder, Executive Director of the First Amendment Coalition and an attorney who specializes in Brown Act violations, shares those concerns. While it’s certainly legal for the city to hold a closed session meeting to discuss real estate negotiations, Snyder said, their lack of prior public discussions or disclosures about the possible land deal indicates “a red flag.”

Snyder said since there’s been no prior public comment on the land negotiations, the council is bound by the Brown Act not to discuss anything more than “price and terms of payment” during their Tuesday closed session meeting. And the fact that the city is already at the point where it’s ready to negotiate price and terms of payment should be concerning to Redding citizens, he said.

“It looks suspicious because it’s hard to imagine how the city could have gotten to this stage of a real estate transaction of this size without working through details that would have been required to be discussed in public,” he said. “So when did those discussions happen?”

The complexity of the properties being discussed and the variety of parties involved, Snyder said, indicates that the Council may intend to discuss the transaction in more detail than is allowed in a closed session under the Brown Act. If they were to discuss related business such as memorandums of understanding, relocating the rodeo, leasing or replacing the Redding Civic Auditorium, management of Turtle Bay or the Sheraton, or anything else outside the narrowly defined parameters of price and terms of payment, Snyder said, the Council would be in violation of the the Brown Act. And because details of Tuesday’s closed discussion will remain confidential, it will be difficult for the public to know if Brown Act limits are being followed.

Additionally, Snyder suggested, the city’s means of communicating the agenda item to the public, by parcel number only, show a concerning lack of transparency. “It’s well within their power under the Brown Act to be more descriptive,” Snyder said. “If they wanted the public to know what was at stake, they would have labeled [the parcels] in a way the public would understand.”

Snyder said that many cities have lost lawsuits over violating the Brown Act because they held extensive conversations about land sales in closed sessions that went beyond the limited scope of price and terms of payment. The City Council of San Diego, for instance, lost a 2002 lawsuit in which it was found to have privately planned major development of a downtown neighborhood surrounding a new San Diego Padres stadium.

The Redding City Council was accused last year of a similar lack of transparency when it sold another city parcel during a closed session in May 2020. The Redding Rancheria filed a lawsuit against the city claiming the council sold land near I-5 to a private corporation in order to purposely block commercial traffic to the prospective location of the tribe’s new casino in Churn Creek bottom. As the Record Searchlight reported the lack of a public debate and notice about the land sale is a significant aspect of the complaint.

Other community advocates who spoke to Shasta Scout agreed that the process appeared less than fully transparent, especially considering the significance of the riverfront properties to the community.

Redding Women’s March organizer and former State Assembly candidate Elizabeth Betancourt compared the land deal negotiations to the way the city extended Advance Redding’s contract to manage the Redding Civic Auditorium, a process she described as occurring “under the radar.”

“It just seems so dramatically opposed to transparency and public responsibility … we know there are people in the community who care deeply about these things, but the city doesn’t acknowledge that with any public process,” Betancourt said.

Betancourt also expressed concern that the deal could privatize one of the only places where community members can freely access the river within city limits. “These public spaces are not here for the developers or city staff to do with what they want,” Betancourt said, “they are here to meet the needs of the people who live in the region.”

She noted that Riverfront Park, one of the parcels included in the possible land deal, has been an important venue for a diversity of grassroots events, as well as for musical festivals and plays. “Once (the land is) privatized, the use will be restricted,” Betancourt said. “We won’t get these spaces back; they won’t be returned to the public trust at any point.”

The city is negotiating with two development companies: K2 Development Properties, a Redding-based firm which has developed more than $100 million in local projects, and Populous, a multinational architecture firm which has designed stadiums and entertainment venues worth $40 billion around the world.

K2’s principals, Daniel and Allen Knott also did not respond to a message left at their Redding office Friday morning. K2 is a recent partner with the McConnell Foundation and the City of Redding on the $111 million Block 7 affordable housing apartment complex currently under construction on the former California Street parking garage property in downtown Redding.

Turtle Bay and the McConnell Foundation are also listed as “negotiating parties” on the city council agenda but the extent of the organization’s roles is not yet clear and representatives have not yet responded to requests for comment.

City Manager Barry Tippin and City Attorney Barry DeWalt have not yet responded to multiple emails.

The council will meet to discuss the property negotiation in closed session Tuesday evening.

Do you have a correction to this story? Submit it here.

The eight parcels being discussed are outlined in red. Screenshot from Redding GIS map viewer.

This is a developing story. Shasta Scout is reaching out to relevant parties for comment and further information.

A man protests mandated COVID-19 vaccines for healthworkers on a street in downtown Redding. Photo by Annelise Pierce

Facts and Fears: What Shasta County Needs to Know About COVID Vaccines

Misinformation abounds. We’ve fact-checked. Here’s What You Need to Know