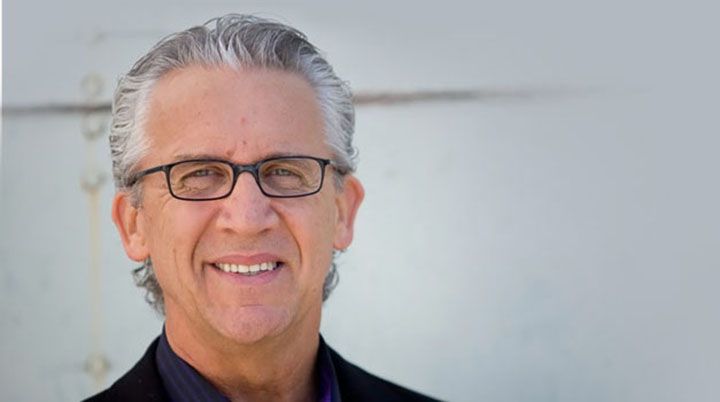 In an interview with the David J. Harris Jr. Show on December 21, Bethel Church’s Senior Leader, Bill Johnson, said he believes “100%” that fraud was involved in the election of Joe Biden. The interview was an uncharacteristic move by Johnson, perhaps prompted by his relationship with Harris, who previously attended Bethel Church. Harris refers […]

In an interview with the David J. Harris Jr. Show on December 21, Bethel Church’s Senior Leader, Bill Johnson, said he believes “100%” that fraud was involved in the election of Joe Biden. The interview was an uncharacteristic move by Johnson, perhaps prompted by his relationship with Harris, who previously attended Bethel Church. Harris refers to Johnson as “Papa Bill” during the interview, a term commonly used within the Church to indicate respect for Johnson as a spiritual father.

Bethel Church, located in Redding California, has an attendance of 11,000 and an annual income of $60 million, as reported in 2018. It serves as the umbrella organization for the well-known Christian music label, Bethel Music, as well as Bethel TV.  The church also runs several schools, including the Bethel School of Supernatural Ministry, a vocational ministry school with thousands of students.

Bethel has become more politically vocal in recent years.  Members of Bethel’s leadership team have been photographed in the Oval Office with President Trump and Johnson recently wrote an opinion piece on why he voted for Trump with “confidence and a clear conscience.”  In 2018 Bethel Church urged followers to oppose California bills that would ban conversion therapy for gay people.

Speaking to Harris about the 2020 election, Johnson said, “I’m 100% confident it was done by fraud. I don’t have any question. It is as obvious as the nose on my face. We need to pray for the Lord to expose, expel and break. Expose what happened, expel — cast it out — and break it so it doesn’t return.”

“We have to pray for our Supreme Court, that they have the courage to make the right decisions,  because right now they are under the fear of being responsible for civil war, and that needs to be of concern . . . but we can’t be held captive by those who threaten violence.  We have to come clean with the will of God for our nation, and make clear decisions.”

Johnson offered no evidence of election fraud. His statements, made in the tense pause between the 2020 election and Inauguration Day, feel particularly significant given his broad spiritual influence.  Tensions are high in Washington, where Republican senators have said they will challenge the certification of Biden’s election on January 6.

Looking ahead to 2021 Johnson said believers need to “Stop the nonsense that Christians involved in government is not spiritual.  We have to erase the line between secular and sacred.”

“We are called all kinds of names, nationalistic and all kinds of nonsense, who cares what they call us, we have to take responsibility.  I felt a few years ago we have twenty years to restore this nation to what God intended, largely through the judicial process and through the educational system.”

“We have got to have people that are training and making decisions, for example, in the judicial process, that have the laws of God established in their hearts and not this nonsense that gets created to replace the laws of God.”

“We have to be insiders in the systems as loving servants of God, not trying to take over,” Johnson said.

Bethel is a proponent of the “7 Mountains Mandate”, often called Dominionism, which espouses bringing heaven to earth by infiltrating and influencing all aspects of society including government, the media, education, business, and the arts.

Asked about why many Christian leaders have spoken out against Trump, Johnson blamed the media: “We experience it locally, we experience it on a national level, they choose the stories, they choose to twist the stories, and sometimes out-and-out lies, that they want us to hear to shape our values.  We just have a lot of spiritual leaders who are absolutely 100% convinced that they are right and have just been fed lies.  We’ve got to get better at the discernment thing.”

Referencing significant national negative media coverage of Bethel church in 2020, Harris said Johnson and Trump have something in common, they are both the subject of a lot of fake news.  The antidote, Johnson said, is “cultivating hope” by refusing to listen to information that doesn’t align with “God’s truths”.

“Being unwilling to entertain certain ideas, certain thoughts, certain values, is critical for me, I have to know what to not just deny but what not to voluntarily subject myself, I have to take on that aggressive role to protect my heart from what I hear.”

“Be careful what you entertain,” he said, “I continuously review God’s promises over my life.”

Reviewing God’s words or “promises” over your life is a frequent theme of Bethel Church’s teachings.  These “promises” often come in the form of “prophetic words” spoken by other Bethel attendees or leaders to individuals in the church.

A recent mistaken prophetic word by one of Bethel’s senior leaders, regarding Trump winning the 2020 election, attracted significant attention.

Dacquisto Denied: General Law Cities and the Power of the Mayor

Michael Dacquisto says he isn’t mad, he’s just surprised.  As a member of Redding’s City Council for the last several years, he expected to get a turn as Redding’s Mayor.  The role, which is mostly ceremonial, usually rotates among those seated on the Council. But in an unusual turn of events, his fellow councilmember Julie […]

Woody Clendenen, leader of the local branch of the California State Militia, reported on local radio this week that militia recruit numbers have soared in the last two months.  His comments came as part of an interview on the January 17th episode of Sovereign Minds, a weekly radio show broadcast on KCNR. The interview occurred […]