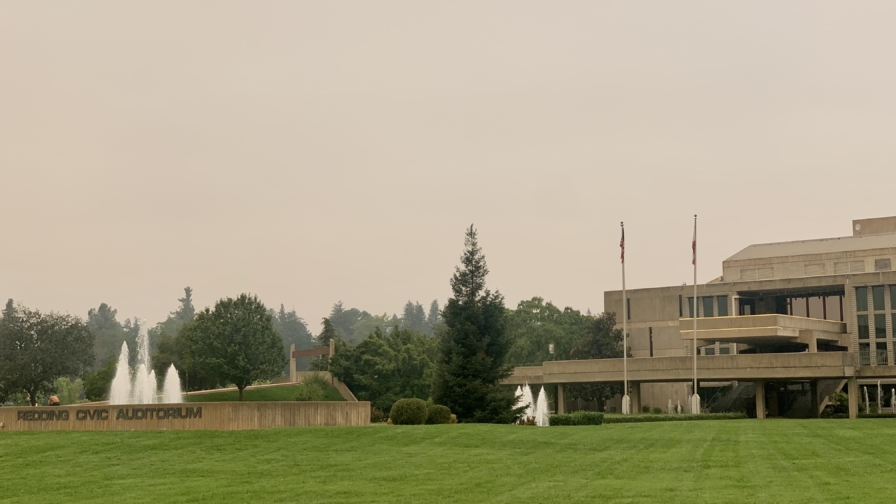 The proposal from Populous, K2, Turtle Bay and McConnell to buy prime riverfront land will be discussed as part of an open session of Tuesday’s City Council meeting. At that meeting the Council could decide to enter into a non-binding agreement with developers or declare almost 200 acres of riverfront land surplus.

The city has released a proposal from development companies Populous and K2, the McConnell Foundation, and Turtle Bay Exploration Park to develop riverfront land that includes the Redding Civic Auditorium.

A timeline included as part of the letter indicates that Populous and its partners hope to enter into an exclusive negotiating agreement to buy prime riverfront land prior to any significant involvement from the community.

The proposal became the subject of public controversy last week when the city agendized negotiations over the public land as part of a closed session Council meeting. City leaders were criticized for a lack of transparency after using only parcel numbers to identify important land that includes the Redding Rodeo grounds, Riverfront Park and much of Turtle Bay.

After Shasta Scout broke news of the potential deal, the City Council tabled the land discussion prior to their closed session Tuesday.  Later the same night, as part of their open session meeting, the Council agreed to discuss the proposal at an upcoming open session, and Council Member Dacquisto called for the full proposal to be disclosed to the public. At the time, Tippin and City Attorney Barry DeWalt pushed back, saying disclosing the proposal might harm future negotiations and could be a violation of the Brown Act. Today, after more than a week to review the legality of releasing the proposal, the City released the document.

The proposal outlines a “New Vision for the Redding Civic Center Site” and includes an introduction by Redding native and Populous Senior Principal Michael Lockwood, who spent his childhood in Redding, “exploring trails, abandoned mines and ravines long before there was a River Trail, McConnell Arboretum or Sundial Bridge.” Lockwood received a degree in architecture from Cal Poly San Luis Obispo before joining Kansas City-based Populous, an architecture firm which has been involved with the development of over 40 billion dollars in sports and entertainment venues around the world.

The seventy-four page proposal document is mostly visionary but includes a two page letter of intent from Populous and K2 Development Companies, Turtle Bay Exploration Park and the McConnell Foundation.  The letter indicates Populous and its partners hope to design and develop 45 acres of land surrounding the Redding Civic Auditorium.

Discussion of the proposal to develop Redding’s riverfront land is scheduled for the open session portion of Tuesday night’s Council meeting.  The Council agenda lists six parcel numbers of riverfront land, comprising just under 200 acres of  “city-owned property in and around the Civic Auditorium.”  It’s unclear why the land being discussed by the Council includes a much larger area than that referenced in the developer’s letter of intent. City Manager Barry Tippin did not immediately respond to a request for comment.

On Tuesday, the Council could choose to accept the preliminary and non-binding proposal from Populous and its partners or declare nearly 200 acres of public riverfront land surplus, among other possible actions.

Redding’s City Council will meet Tuesday, September 21 at 6 p.m. at City Hall. The meeting is open to the public.

You can read the full proposal here.

This is a developing story.  Shasta Scout is reaching out to multiple parties for further context and comment prior to Tuesday night’s meeting.

The discussion centers around a proposal by two developers and two non-profits to develop key riverfront land.