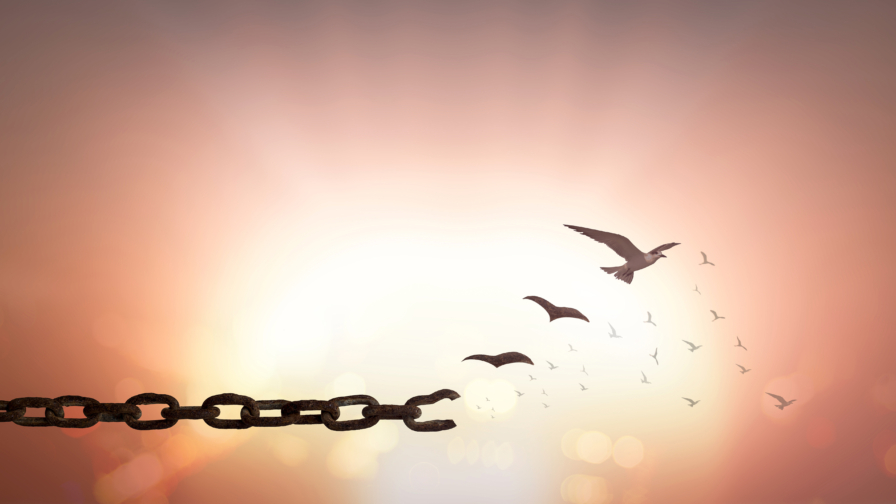 Meth gave me the voice that I needed to be heard, the look I needed to be seen, the strength to be fearless, and the power to be strong. I honored and respected meth for what it gave me! Meth controlled every iota of my life. Meth was my mother, father, brother, sister, adviser, friend, and lover. Meth told me where to go, what to do, and how to do. I did not move unless meth said so.

Editor’s Note: Ernestine McCullough shares her personal story of addiction to methamphetamine and explains what motivated her recovery. Using her own experiences, McCullough reflects on the limitations of jail as a means to substance use rehabilitation.

“When you judge me without knowing me, you do not define me, you define yourself”

To tell the truth, I have something to say: I lied!

I lied to everyone, especially to myself. I looked in the mirror, and I had put on a disguise, a mask and become someone else. I became whatever, whoever and however, meth wanted me to be.

The “chameleon effect” is what I named it. I transformed into what meth told me to be and do, to fit in, to belong. In a way, I felt powerful, immortal, unstoppable! I had the power to get anyone to believe the words that were spoken from my mouth.

Inhaling the meth smoke, exhaling, what I thought was freedom! With every inhalation, came a sense of immortality that I never wanted to end. The ability to do things that you felt you could never do! Meth gave me the voice that I needed to be heard, the look I needed to be seen, the strength to be fearless, and the power to be strong. I honored and respected meth for what it gave me! Meth controlled every iota of my life. Meth was my mother, father, brother, sister, adviser, friend, and lover. Meth told me where to go, what to do, and how to do. I did not move unless meth said so.

Walking into the liquor store to purchase a glass air freshener bottle. Anticipating getting home to reinvent this air freshener into a glass pipe that brought so much joy! Taking the torch, and like a sculptor, sculpting this object into a perfect sculpture of pleasure. Taking the “crystal” and placing it into the newly crafted smoking device and melting it all over the bottom of the pipe, waiting for it to cool down and gel with the bottom of the pipe. O’ the anticipation of what is getting ready to take place! The smoke filling my lungs, as I sucked on that glass stick. My head being filled with an intoxicating feeling of euphoria, like floating on a cloud.

But we all know, what goes up, MUST come down! After being up for four to six days, paranoia would set in. Hallucinations. Delusional. Mental and physical exhaustion. What day is it? Hard to sleep. What day is it? Do not remember the last time I ate food, drank any water. WHAT DAY IS IT? Being the reflection of one’s addiction, dependent on substance’s affection, slowly losing those who you care about, while losing yourself. What’s the cost if all is lost? How far can you go before you get tired? Repeated jail stints? Losing everything? Rehab after rehab?  When is enough, ENOUGH?

Drug addiction is a deep-rooted issue. It is not that simple to “just quit using,” as some may believe.

I was reminded of this when I read that Shasta County Sheriff Michael Johnson, and county officials, had announced plans for a $120 million new jail facility that will offer rehab services for people struggling with addiction. Johnson’s plan emphasizes accountability. He believes if someone doesn’t commit to recovery when they’re arrested, they should be incarcerated. But does he really know what inspires someone to change?

Comparing the benefits of rehab vs. jail time is crucial when looking at those in the system for drug offenses. Is locking up people with substance use disorders the most effective approach?  There is little to no access to adequate drug rehabilitation while behind bars, especially when the drug usage can be just as heavy in jail, in comparison to the “outside.” Offering people who are arrested the option to attend drug rehab often provides a better alternative path to recovery for those who would end up trapped in the system.

The jail system is outdated and does not have a good track record of dealing with substance abuse and mental health issues. That needs to change and failing to do so will allow the drug usage to continue. Jail-focused approaches to drug use are not rooted in evidence and have contributed to mass incarceration. The criminalization of those who suffer from addiction just serves to perpetuate the stigma of addiction and prevent those with this issue from seeking treatment.

If the goal is to encourage people to change, taking people with a criminal record, who suffer from addiction, and placing them behind bars will not help many people with drug issues. If quitting drugs via the jail system was that simple, there would be no use for treatment facilities. They exist for the specific purpose of helping people with addiction find and maintain clean and sober time. However, that is not to suggest or say that it is impossible to quit drugs while in jail, but instead that there are far better alternatives to consider.

The desire to get and stay clean is an individual affair, and it’s not something that can be forced on you. Whether in a rehab or a jail setting, it is up to each individual person to walk their own journey and personal revelation to quit!

For me, it took the birth of my grandson!

Looking at my daughter, as she was crossing over to motherhood, did something to my “inner person”. I did not want my child to repeat the cycle of her mother! I have made my mistakes, bad decisions, and choices. I wanted, no, I NEEDED to be better, not for her or my grandchild, but for myself! The realization of the impacts of my using, being homeless, was more than I could stomach. My bottom had been hit, and not trying to be “cliché’ish”, but there was nowhere else for me to go, but UP!

With a motivated mind and a determined spirit, I walked away from what I thought had brought me comfort, pleasure, security, strength, and invincibility! The first step on my recovery journey was ADMISSION. One must admit there is a problem. Without admitting you are an addict, there will be no resolutions, but continued EXCUSES. It was a hard pill to swallow, to look in that mirror and (honestly) say: “Ernestine, you are an addict and meth has taken over your life, what you choose in this moment, will be your defining moment”.

There was NO looking back!

Ernestine McCullough is a writer who lives in Oroville. She studied psychology through Grand Canyon University and is the author of Above the Madness: The Journaling of a Mind Under Addiction. She can be contacted at [email protected].

McCullough writes for Shasta Scout as part of our new Community Voices series, which illuminate lived experiences, identities, issues or perspectives that are often misunderstood. Community Voices is supported by a grant from the North State Equity Fund.You can email us at [email protected] or join the community conversation at Shasta Scout’s Facebook page.

An image from the 1990 Redding Riverfront Specific Plan

Redding’s riverfront development was last planned decades ago before the Sundial Bridge, Turtle Bay Museum or the Redding Arboretum existed. Funding an update to the 30 year-old plan would be the city’s first step in deciding how to utilize riverfront land after the council voted against declaring the land surplus last month. The city could take advantage of $1 million or more in federal COVID relief money to fund the planning process.

“This Is a Misuse of the Pledge”: In Shasta County, Political Candidates Challenge League of Women Voters Forum Tradition

Invoking “patriotism,” county candidates for the positions of superintendent of schools, elections clerk, and county supervisor called on participants at multiple forums to stand and pledge, despite the League’s policy of not doing so. One candidate also released disinformation about his incumbent opponent’s response. The events appear to some to have weaponized the pledge as part of a political agenda.