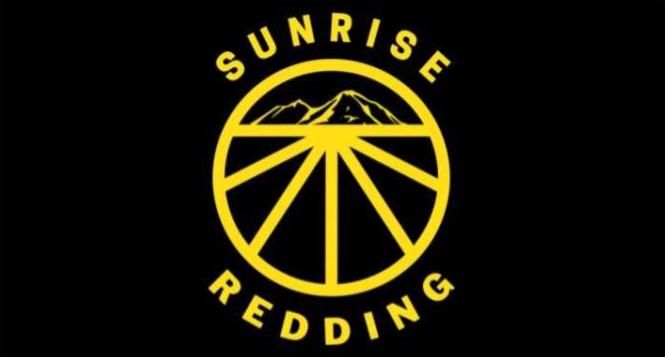 “I start with the assumption of allyship . . . City Council is used to hearing “Save the world. Go Green.” but none of that is very specific, so they’re left with a very vague request. And climate change is like a hydra, it requires action on so many fronts.”

A local “hub” of Sunrise, a national youth-led movement to combat climate change, has formed in Redding.  Founder Dash Waterbury, a local opera singer and music educator, started the Sunrise Redding group with his wife Raphi, in August of 2020.  Despite a national pandemic, he says, the new climate group has thrived,  experiencing “wave after wave” of growth over the last six months.

Waterbury said the couple started the local organization last year as a reaction to their feelings of powerlessness as they learned more about the rapid pace of climate change.  “I think the number ‘ten years’ has really influenced climate action. The idea that without immediate and drastic action to change our course, we will reach an increase in temperature of 1.5 degrees Celsius within 10 years, which scientists warn is a potential ‘point of no return’ in which large scale human populations become unsustainable,” Waterbury said.  “If we are approaching this kind of event it demands the kind of action that hasn’t been seen since World War 2.”

They began to take such action, Waterbury said, utilizing the resources available through the national Sunrise organization to start their own local Sunrise “hub”. That hub, like all Sunrise groups, is designed for ages 35 and under.  And what began with only 6 people has grown to 50 active members over the last six months, he said.

The Sunrise Redding hub connects on social media, joins Zoom calls with local speakers, and interacts around shared book readings which are provided on the Sunrise Redding website.  They also organize actions intended to show Redding’s leaders that young people want to see urgent change on policy and practice related to climate issues.  Their goal is to keep climate issues front and center of their community, while mobilizing more young people to do the same.

According to Waterbury, “In the cities, Sunrise is a movement defined by strikes, protests, demands, that’s the kind of action that it takes in urban centers to make change.  Here in a rural red county it’s very different.  Our job is to achieve local change through the existing systems.   We try to learn, and then pass on the education we gain, about what kinds of change will make a difference in Shasta County.  We talk to experts of all kinds and we translate that into easily digestible forms that can be put on social media and used and shared.”

Waterbury describes Sunrise Redding’s strategy for affecting local change this way:  “I start with the assumption of allyship, the assumption that the City Council is our ally, that they want to see a more livable future too.  City Council is used to hearing “Save the world.  Go Green.” but none of that is very specific, so they’re left with a very vague request.  And climate change is like a hydra, it requires action on so many fronts. So our general approach is to say ‘thank you for what you’re already doing  and here’s what you can do more of.’  We also make a whole list of things the City Council can be taking action on, from solar and wind to bike lanes and a green grid. We share that list,  then we show up and keep commenting.”

The group is currently working on a video presentation for the Redding City Council that they will present in April.

Asked about the role of indigenous people in Sunrise Redding’s approach to addressing climate change, Waterbury called them “centrally important”, noting that Sunrise Redding starts each meeting with a land acknowledgment in honor of the Wintu Tribe.  They also have a group member who serves as their liaison to the Redding Rancheria, he said.  And they’re constantly seeking to learn more about how to center indigenous people in their work as they continue to develop indigenous relationships in the local community.  Waterbury said that we need to pay attention to studies “that indicate that returning land to the tribes that originally owned it would have a meaningful impact on our carbon footprint.”

“Our first book club selection was Braiding Sweetgrass by Robin Kimmer,” Waterbury continued, “That book really opened all of our eyes to how the culture of tribes was centered around environmental harmony, living in harmony with the world we inhabit.”  The book Braiding Sweetgrass is subtitled, “Indigenous Wisdom, Scientific Knowledge and the Teaching of Plants.”

Via social media posts the Redding Sunrise group appears active and experimental. Their March book club read, titled “How to Blow up a Pipeline” was chosen based on the group’s efforts to learn all they can about different means of affecting change, Waterbury said.   Non-violence is a core principle of the Sunrise organization, according to their website, but could civil disobedience be among the local group’s core tools?

“America has a very complex relationship to civil disobedience, ” Waterbury said, “On the one hand we enshrine Martin Luther King Jr, Malcolm X, people who promoted civil disobedience.  On the other hand we are very uncomfortable with seeing that kind of behavior today, for example with Colin Kaepernick.  . . . . As a group we wanted to learn, will civil disobedience advance our movement or hobble it?  We’ve looked at a whole slate of perspectives on this. We don’t want to leave any stone unturned.  I think there is a place for meaningful civil disobedience right now because the place we find ourselves in threatens our very existence.  . . . But currently, civil disobedience is not something we’re looking at in Redding.  We already have so many positive good changes coming – our job here is to focus on the work of allyship.”

Sunrise Redding is the newest organization to join an existing climate change community in Shasta County, including the Shasta Environmental Alliance and North State Climate Action.  And they’re a welcome addition, according to David Ledger, President of the Shasta Environmental Alliance.  Speaking for his organization he said, “We strongly support Sunrise Redding and their efforts to fight climate change. The environmental movement in Redding is primarily composed of older individuals, holdovers from the early environmental activism of the 1970’s.  It is great to have a group composed of and run by younger people, and we wholeheartedly support them.”

At a recent Zoom meeting on March 7th, Sunrise Redding members joined with members of 7 other regional hubs in California’s District 1 to discuss updates from their local groups before hearing a presentation from Anne Thomas of Shasta Living Streets about the effects of transportation options on climate change.  The group also took turns sharing one thing that is currently giving them hope.

The End of the World as We Know It

We are all asleep until the smell of smoke awakens us . . . we cannot save ourselves and our children unless everyone is awake to the crisis we all collectively face.

Advance Redding’s progress towards winning the City’s tourism contract coincides with negotiations for the renewal of their ten year contract to operate the Redding Civic Auditorium. City Manager Barry Tippin says the two contract processes are not linked.