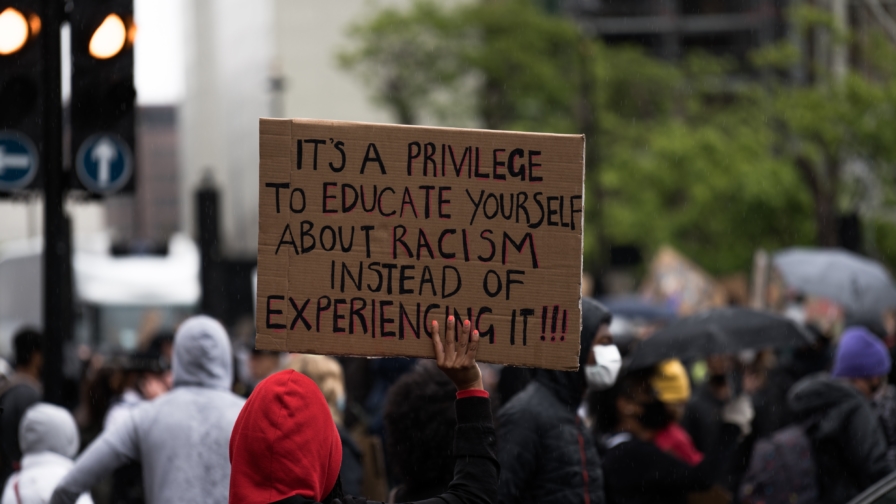 The North State Equity Fund seeks to combat stark disparities in philanthropy. Organizations in nine North State counties are invited to apply for a new round of funding.

1.27.2022, 7:41 am: This story has been updated to include the Community Foundation of the North State’s role in developing the North State Equity Fund.

In June of 2020, shortly after the murder of George Floyd by the Minneapolis police, three North State community organizations came together to develop funding that would support racial equity across California’s North State. Their collaboration resulted in the North State Equity Fund (NSEF), which has since distributed around $100,000 in grants to 21 organizations working across nine counties.

The fund was begun by the Community Foundation of the North State, United Way of Northern California and the North Valley Community Foundation. This year, the NSEF will distribute up to an additional $100,000, with approved organizations receiving awards of up to $10,000 each. Not-for-profit applicants from Butte, Glenn, Lassen, Modoc, Plumas, Shasta, Siskiyou, Tehama or Trinity counties are invited to submit a brief letter of interest by end-of-day January 31, 2022.

Fund administrator Melody Proebstel, Senior Director of Community Engagement for United Way of Northern California, says organizers of the NSEF chose a unique approach to funding in an effort to increase not only money for racial justice but also equity in the process of grant distribution. In contrast to the complex written application processes often used by funders, she says, the NSEF process begins with a simple letter of interest (LOI) and invites groups that have not yet become formal non-profits to apply. Once LOI’s are submitted and reviewed, selected applicants are contacted for an interview to help funders learn more about their work. Every step of the process, she explains, from the simple design of the application form, to the conversational tone of the interview, is designed with equity in mind.

Proebstel says she studied grant-making processes before the launch of the NSEF, and became committed to the idea of trust-based philanthropy, which holds fundamental values of centering relationships and reducing power dynamics. It also requires funders to put time and energy into learning about organizations prior to making funding decisions rather than putting the onus on organizations to explain themselves via time-consuming written application processes.

“We recognize organizations are spending their time doing good work and we don’t need them to create new projects or spend time proving that to us,” Proebstel says, “That’s our job: to look at the organizations and see that.” Trust-based philanthropy is also why the NSEF offers operational funding, instead of capital or project-based grants, she says, to support the idea that organizers working on the ground in their communities know what most needs to get done.

The Fund is specifically designed to increase the percentage of grants going to organizations run by people of color. That’s because recent data shows that only 6 percent of philanthropic dollars go to support racial equity and only 1 percent towards increasing the power and influence of people of color. Proebstel says the work of the NSEF is unique in being specifically designed to help shift these stark imbalances.

Interconnection really matters for these kinds of organizations who are often doing difficult work without much support. That’s why the Fund was developed with the idea of not just providing money, but facilitating collaboration. Proebstel says it’s been surprising and encouraging to see just how important that goal is to the organizations they’ve funded so far. “Particularly in the North State, there’s not an abundance of support for people doing work around equity, so that can makes it a pretty lonely role,” she said. “The more we talked with organizations the more we heard from people that they want to be in conversation, engaging with each other and talking.”

That kind of collaboration was a theme, she said, of a convening held last week for current recipients of NSEF funding, who met to share their work and discuss best practices the fund can institute for applicants and grantees moving forward. Proebstel says the convening created an excitement among grantees that she hopes that can build towards new synergy and collaboration. Meanwhile, she says, the NSEF continues to innovate as they work to get more funds into the hands of good people doing good work.

Those interested in applying for the North State Equity Fund may submit a brief letter of interest here by January 31, 2022 at 5 pm.

Disclosure: In 2021, Shasta Scout was the recipient of a small grant from the North State Equity Fund which funds some of our Indigenous writers and stories.

Do you have a correction to this story? Let us know.

A third public hearing on updates that would streamline continued growth downtown included discussions of residential impacts and environmental concerns. Some say these updates should be considered alongside other proposed development including a possible riverfront land sale and planned changes to Park Marina Drive.

“Our Greatest Weapon Is Our Relationships”: How the Coalition to Stop Fountain Wind Overcame Partisan Divides

From Indigenous sacred site protectors and former hippies to Trump supporters and conservative Christians, an eclectic Intermountain community collaborated last year to resist the proposed $300 million Fountain Wind energy project. Several key organizers talked to Shasta Scout about what the coalition’s story means for the future of the region and alternate energy.