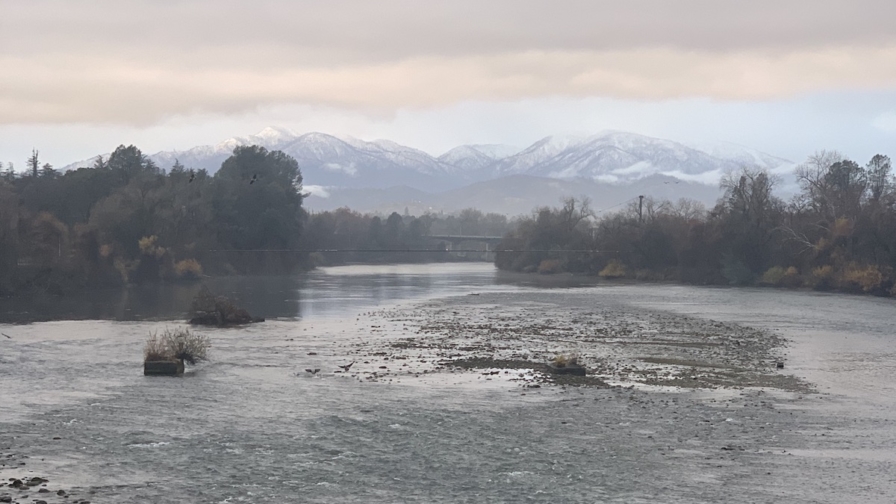 Turtle Bay Exploration Park has held a meeting with key stakeholders to respond to concerns about reported disruption of Native burial sites.

The looting allegedly occurred on November 14, when local Native educator April Carmelo says she noticed two men digging in an area of known Wintu burials at the Redding riverfront. Carmelo says she interrupted the men, photographed them, and chased them away before reporting the incident to Turtle Bay security. The Redding Police Department was not notified by Turtle Bay of the incident until November 20th, according to police logs. But an investigation by the Redding Police Department is now active. Obtaining or possessing the remains of Indigenous ancestors or any associated funerary items is a felony offense.

Turtle Bay Exploration Park did not originally respond to Shasta Scout’s several requests for comment, the first of which was a November 21 phone call. After Shasta Scout also reached out to the city and McConnell representatives about the incident 18 days after it occurred, a meeting to discuss the alleged looting was scheduled.

After that meeting, Julia Pennington Cronin, Turtle Bay’s Curator of Collections and Exhibits, told Shasta Scout by email that police and other city staff, representatives of the McConnell Foundation, representatives of the local Native community, and Turtle Bay security personnel were included in the discussions. The stakeholder group met to ensure the future protection of significant sites at the park, Pennington Cronin said. Pennington Cronin is the primary contact for Wintu people regarding museum programs and exhibits. California’s Public Resources Code requires landowners to ensure the area around Native burial sites is protected.

“We are all in agreement that the disrespectful looter be prosecuted to the full extent of the law,” Pennington Cronin wrote. “We gathered valuable insight from all parties and we will be working together to deploy a number of Crime Prevention Through Environmental Design (CPTED) measures to physically deter future trespassers and looters. These deterrents will be paired with increased surveillance to identify and prosecute trespassers who do make it into the site.”

She wrote that the group has also “reiterated our commitment to keeping the site’s existence as private as possible, which includes not publicizing the site’s location or the measures we will be taking that might call public attention to it.”

Citing an active criminal investigation, she said that Redding Police Chief Chief Bill Schueller had told the group that all future questions about the looting incident be directed to the Redding Police Department. Chief Schueller did not respond to a second request for comment on the status of the investigation.

According to Carmelo, she and other witnesses to the alleged looting of Wintu cultural items at the site have provided the Redding Police Department and Shasta Scout photos of the alleged looters and vehicle license plate numbers.

Marc Dadigan contributed to this ongoing story. You can read the original story here and the first update here.

Do you have a correction to this story? Let us know.

After a proposal to develop key riverfront land was brought to the city council in September, staff solicited public input. Shasta Scout collected and analyzed data from emails, survey responses, and public workshop comments to provide a summary of what the public has said so far. Here’s what we found.

Opinion: Gender, And the Words We Use, Matter

After losing someone she loves to suicide this fall, Sharon Brisolara reminds the community of the dangers of stigma and the power of acceptance. The words we use, including our choice to use appropriate pronouns, are powerful. Brisolara explains why.