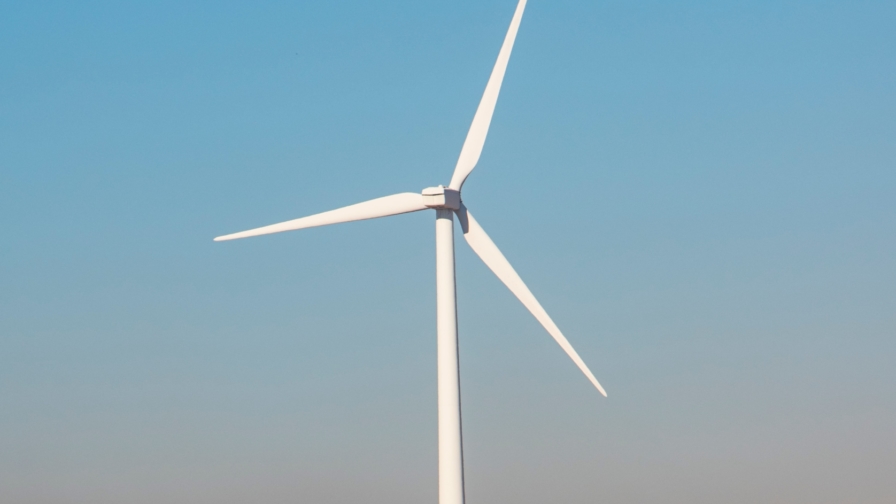 ConnectGen is appealing a June denial of the controversial energy project by the Shasta County Planning Commission. They say their newly proposed modifications will reduce the scope of the project and provide “enhanced benefits” to the Pit River Tribe, which continues to oppose the project.

You can read more of our Fountain Wind coverage here.

No press release has been issued to the public, but Supervisor Les Baugh forwarded the letter to community members and told Shasta Scout he considered the document public information. As of Friday afternoon, Sept. 10, Planning Division Manager Adam Fieseler said county staff had not received any official documents from ConnectGen regarding the modified plans for Fountain Wind.

On September 27, county supervisors are scheduled to hear Houston-based ConnectGen’s appeal of a unanimous June decision by the Shasta County Planning Commission to deny a special use permit for Fountain Wind.

The original project proposed constructing 72 turbines each up to 679 feet tall across several timberland ridges and across more than 4,400 acres in an area about six miles east of Burney. The land is owned by Shasta Cascade Timberlands, LLC, an investment vehicle of New Forests, an Australia-based real assets investment manager. ConnectGen’s September 8 letter indicates they plan to reduce the scale of the project and increase monetary benefits to the county in hopes of encouraging county supervisors to greenlight it.

ConnectGen’s proposed amendments include a reduction of the total number of turbines from 72 to 48, and removal of many of the turbines that would be most visible to residents of Montgomery Creek, Round Mountain, and Moose Camp as well as drivers on Highway 299. The maximum heights of the turbines would also be reduced slightly to 610 feet, though they could still be nearly twice the height of the Statue of Liberty and taller than Shasta Dam.

Further modifications to the project include new fire breaks, installation of several new 5,000 gallon fire suppression storage tanks, and $250,000 in a Highway 299 fuel break project. In a written statement, Director of Development Henry Woltag noted that “Fountain Wind will have significant fire safety systems in place at the project site, and greatly enhance the overall fire protection of the surrounding area.”

The modified plan also calls for $9 million in new sales tax revenue during construction — although it’s not clear how that figure was calculated — and a commitment to an additional $1 million donation to the Shasta County Sheriff’s Office.  In total, ConnectGen says in the letter, the project would provide more than $60 million in benefits to Shasta County through donations and tax revenues over the 30-year lifespan of the project.

At the June 22 Planning Commission hearing on the project, many citizens saw the project’s financial benefit, which amounts to about $2 million a year over the course of Fountain Wind’s 30-year-lifespan, as a paltry return for a project with such massive impacts.

Denial of the original project came after a marathon ten-hour public meeting that included hours of public comment from Shasta County residents who expressed concern about how the massive turbines would impact county sightlines and picturesque views from Highway 299 and cause vast environmental destruction by industrializing thousands of acres of forestland and threatening culturally important birds. Some are also concerned the project may impair aerial firefighting in the event of a catastrophic wildfire.

Members of the Pit River Tribe used the meeting to tell commissioners how their sacred sites and cultural resources would be severely damaged by the project. The Tribe passed a resolution against Fountain Wind in February 2019, saying the project would destroy longstanding cultural and religious practices which are associated with the mountain ridges where the turbines would be erected.

Tribal citizens and leaders have argued that the county and developers should consult with the tribe far earlier in the design of green energy projects like Fountain Wind. In statements to the public during the June planning meeting, several commissioners cited their desire to support the Pit River Tribe as a compelling reason for their decision to deny the project.

ConnectGen has argued that it’s tried diligently to respond to tribal concerns. Without providing specifics, Woltag wrote in the letter to Supervisors that they had worked with Shasta Cascade to provide “enhanced benefits” to the Pit River Tribe.

The Pit River Tribe told Shasta Scout that ConnectGen’s proposed modifications do not change their firm opposition to the project.

“The Pit River Tribe is disheartened to learn of ConnectGen’s attempts to persuade the Board of Supervisors into approving the Fountain Wind Project with substantial changes that have not been disclosed to the public,” Pit River Tribal Chairwoman Agnes Gonzales wrote in a statement to Shasta Scout. “The Project, as originally proposed, underwent significant environmental review which required public disclosure of construction, development, and operation plans. The public overwhelmingly opposed the Project and the Planning Commission unanimously rejected it.”

ConnectGen says the project, which would reportedly produce enough electricity to power 86,000 homes annually, is necessary to meet green energy goals and to reduce carbon emissions that are causing climate change. Writing to the Supervisors, Woltag said the company had “followed every rule and regulation through a rigorous planning process.”

Referring to modifications they have proposed to address concerns by the public during the hearing held by the Planning Commission, Woltag wrote,  “This process has worked. We have listened and responded.”

During a tense end to Tuesday’s meeting Council Member Dacquisto called for the disclosure of the K2, Populous and McConnell Foundation proposal that was submitted to Council. Shasta Scout followed up with city staff and others. Here’s what we found.