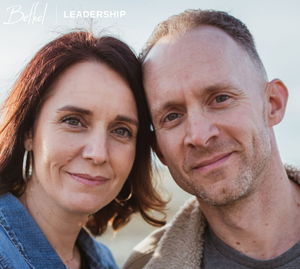 Eric and Candace Johnson have announced that they are stepping down as Senior Pastors of Redding’s Bethel Church. The news was released during Bethel’s Sunday service on November 22.  Eric is the oldest son of Bill Johnson, Bethel’s Senior Leader. Bethel Church boasts a local attendance of 11,000 and an annual income of $60 million […]

Eric and Candace Johnson have announced that they are stepping down as Senior Pastors of Redding’s Bethel Church. The news was released during Bethel’s Sunday service on November 22.  Eric is the oldest son of Bill Johnson, Bethel’s Senior Leader.

Bethel Church boasts a local attendance of 11,000 and an annual income of $60 million according to their 2018 annual report. The church functions as the umbrella organization for the influential Bethel Music label as well as Bethel Media.  Thousands of students attend Bethel’s School of Supernatural Ministry.

Eric and Candace have held the titles of “Senior Pastors” to the local Bethel congregation for the last 9 years and are members of Bethel’s Senior Leadership team. They have been on staff at Bethel for the last 18 years.  Eric is the 6th generation in the Johnson family to serve as a pastor. His brother, Brian Johnson, is head of Bethel Music and also serves on the senior leadership team.

The Senior Leadership team is made up of four couples and three individuals according to the church’s website, including Bill and Beni Johnson, Eric and Candace Johnson, Brian and Jenn Johnson and Kris and Kathy Vallotton.

Bethel’s press release on the resignation refers to Eric and Candace’s decision as a matter of courage, strength and faith, stating:

“They were not asked or pressured to resign.  There was no moral failure, inciting incident, pandemic or political fatigue, theological difference, or issue of health or capacity involved. Rather this is about courage, strength, and faith, as they have an inner sense that this role is no longer the right fit for them in this season of their lives.”

Eric and Candace will continue in their current roles through the end of January 2021 and are unsure about what they will pursue next, Bethel said.

“We know this was not an easy decision for Eric and Candace to make.  And yet, know that as a Senior Leadership Team, we fully support them in their decision to resign as the Senior Pastors of Bethel Church here in Redding. And while there is sadness in this transition, we remain expectant and full of hope for this next season for them and for us.”

Eric Johnson has made quiet statements on Instagram in recent months in support of black lives and in reaction to George Floyd’s death.  But Eric and Candace Johnson have kept a relatively low political profile in recent months, as compared to other members of the Johnson family.

Bill Johnson recently wrote an op-ed for the Christian Post on why he was voting for Trump again with “confidence and a clear conscience.”  His wife Beni has attracted significant attention for her support of Sean Feucht’s political “worship protests” across the country, as well as her vocal anti-mask stance.  Their son Brian, has tweeted about his association with Evangelicals for Trump and appeared in a photo with the President and others, taken at the Oval Office.

An extended video announcement about the resignation, from Bethel’s Leadership Team can be seen here.

Dacquisto Denied: General Law Cities and the Power of the Mayor

Michael Dacquisto says he isn’t mad, he’s just surprised.  As a member of Redding’s City Council for the last several years, he expected to get a turn as Redding’s Mayor.  The role, which is mostly ceremonial, usually rotates among those seated on the Council. But in an unusual turn of events, his fellow councilmember Julie […]